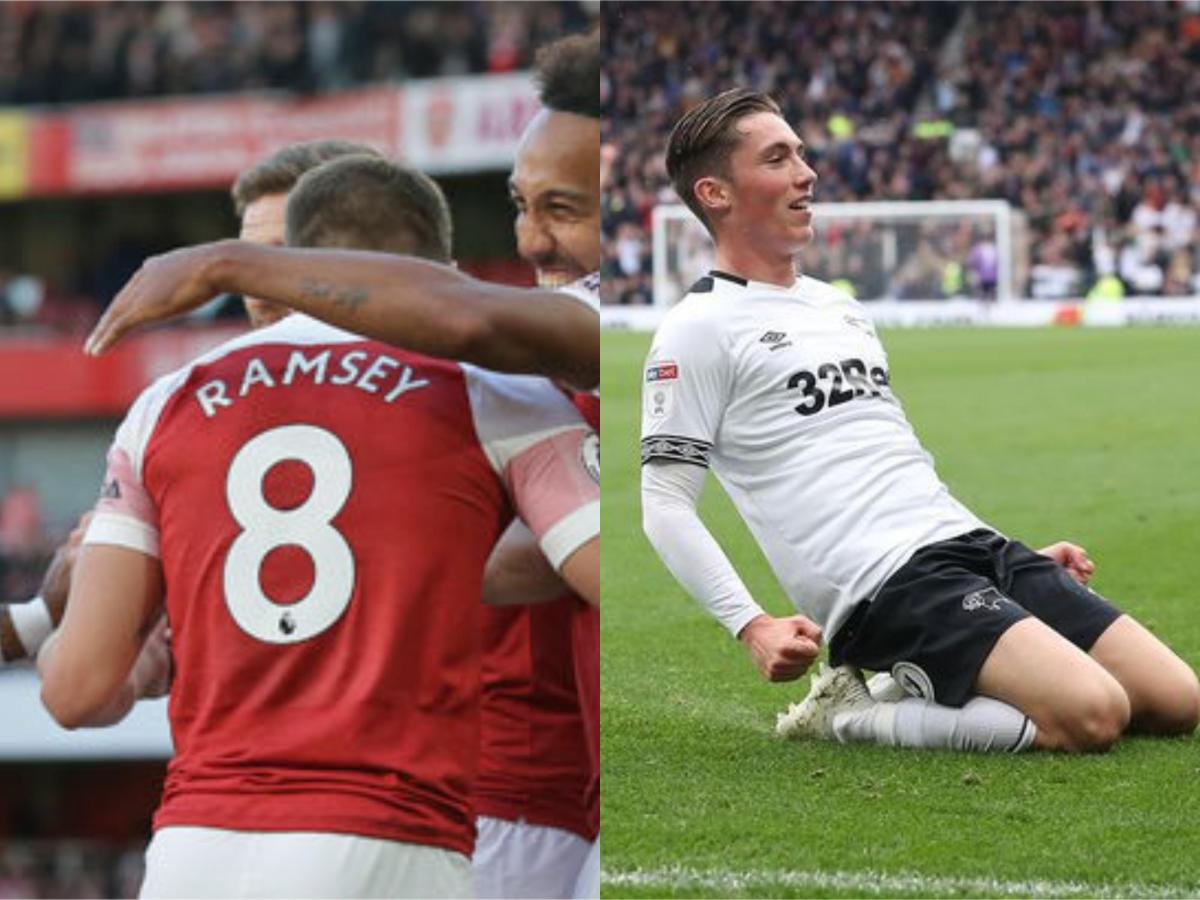 The last time Aaron Ramsey faced Everton (in February this year), he scored his first career hat-trick. He didn’t quite reach those heights today, but still managed to grab two assists for both of the Arsenal goals in a game that finished 2-0.

For the first he laid the ball off to Lacazette to smash in the top corner, and the second was a small Cruyff-style flick for Aubameyang to finish (though it was offside).

Aubameyang doubles the lead for Arsenal. A mile offside but the goal still stands. 2-0 pic.twitter.com/0yrWoxMfe9

It was a good day at the office for both Wayne Hennessey and Paul Dummett, who kept clean sheets against each other in Crystal Palace 0-0 Newcastle. That game was Hennessey’s third clean sheet of the season – only Alisson of Liverpool has more with four.

Harry Wilson managed his first goal in a Derby shirt after signing on a season-long loan from Liverpool in the summer. Wilson picked up the ball in his own half and passed it to ex-Cardiff midfielder Craig Bryson, before receiving it back in the 18 yard box to net his first of the season. Chris Mepham was up against Wilson but was unable to stop Derby scoring three goals.

Sam Vokes‘ Burnley had a tremendous 4-0 victory against David Brooks‘ Bournemouth. Both players went close to getting on the scoresheet but neither were successful this time. Jazz Richards came on in the second half for Cardiff, but couldn’t stop Man City dominating the game at the CCS.

Tyler Roberts got 90 minutes for Leeds and was unable to replicate his magnificent performance in midweek. Leeds lost for the first time this season against Birmingham, but still sit top of the Championship.

It was another clean sheet for Swansea on Saturday against a tough Tony Pulis Middlesborough team. Joe Rodon was back in the starting eleven for the Swans and Connor Roberts kept his usual place on the right. Daniel James came on in the second half in a game that finished 0-0.

Chris Maxwell made his first league appearance of the season for Preston, along with Andrew Hughes who returned to the line up. Hughes bagged his first assist of the season to level the score 2-2, but a late goal from Sheffield United saw Preston lose the game 3-2. Ben Woodburn was an unused sub.

Aston Villa and Stoke City maintained their poor starts to the season and both lost at home against Sheffield Wednesday and Blackburn Rovers respectively. James Chester and Joe Allen started for Villa and Stoke, while young full-back Ash Baker played 90 minutes for the winning side, Sheff Weds. Ashley Williams remained on the bench for Stoke and Neil Taylor was left out of the match day squad again for Villa.

Matt Smith started again for FC Twente in their 3-1 away win, taking them to fifth in the second tier of Dutch football. Gareth Bale was an unused sub for Real Madrid after scoring in the Champions League in midweek, as was Alex Babos for Real Union, who made the squad for the first time after a deadline day loan signing from Derby.